If you've been following my Instagram, you'll know that this month I traveled to Barcelona with River Island on an expedition of culture. As well as seeing some of the cities greatest architecture, trying the local food & searching for street style, I spent a few days with a new local named Christoffer. Last year he moved to the city from his home in Sweden to start a new adventure, following his motorcycle dreams. I shot Chris in some summer River Island threads, taking a trip on his Harley Davidsson XL1000 Sportster around his neighbourhood. 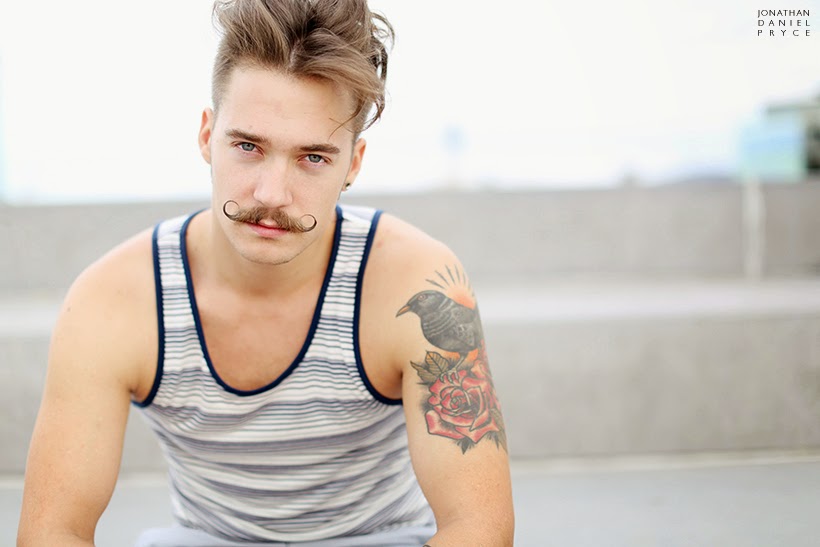 Christoffer Mårtensson, 25, Motorcycle Entrepreneur. How would you describe your job? I'm a co-owner of an engineering company specialising in motorcycles. I design and manufacture new bikes and one-off parts for our custom builds. What I actually do at work is to fabricate all the unique parts which is always a combination of problem solving and artistry. Where did you grow up and where do you live now? I grew up with my grand parents in a house in Malmö, Sweden. I moved to Barcelona last year because I fell in love with the city...and a girl. I've just moved from the central area "El Born" to a more northern, "local" area called "Villa de Gracia". I needed to merge more with the city and learn the language better, something that's hard to do in as touristy area as before. What's your star sign? My star sign is pisces which is meant to be a fish but I'm far from a fish in the water. I'm more used to the solid state of water as I used to play ice hockey. Describe yourself in 5 words? Optimist, Calm, Stable, Enterprising, Dreamer 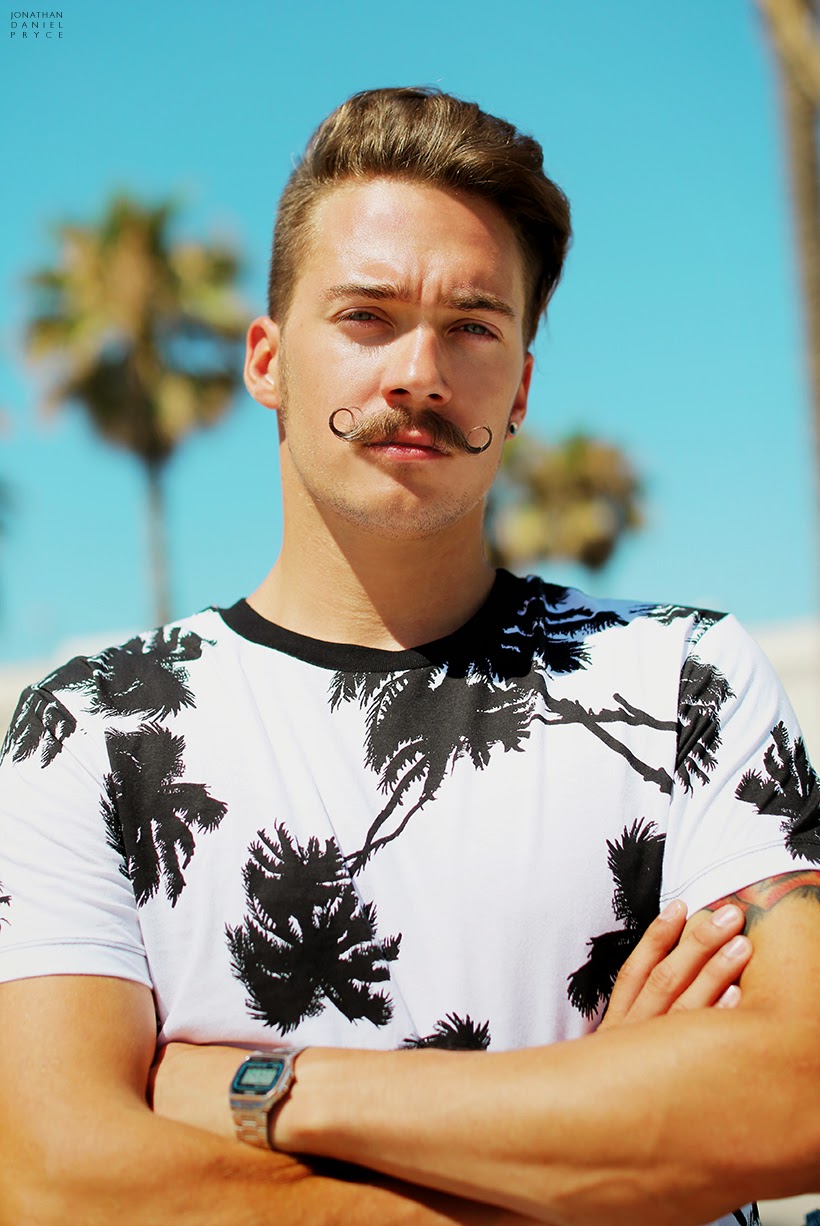 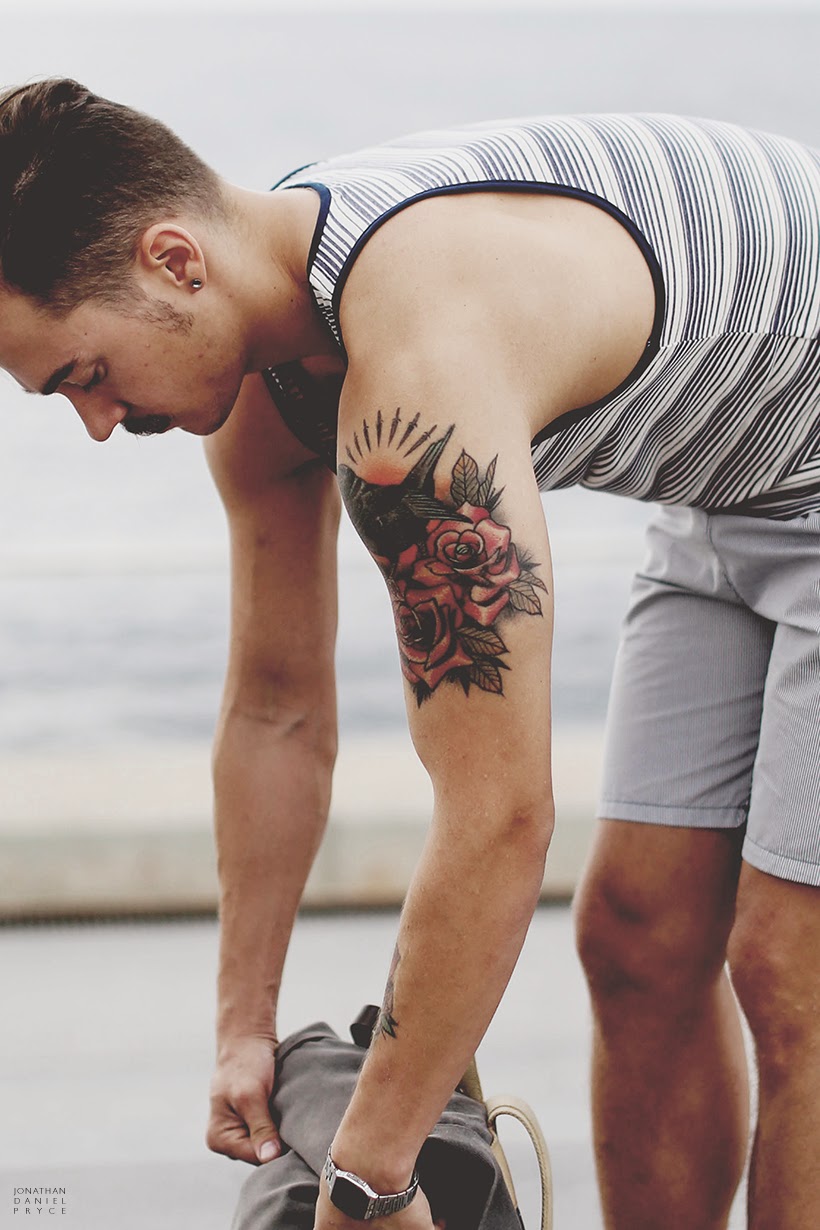 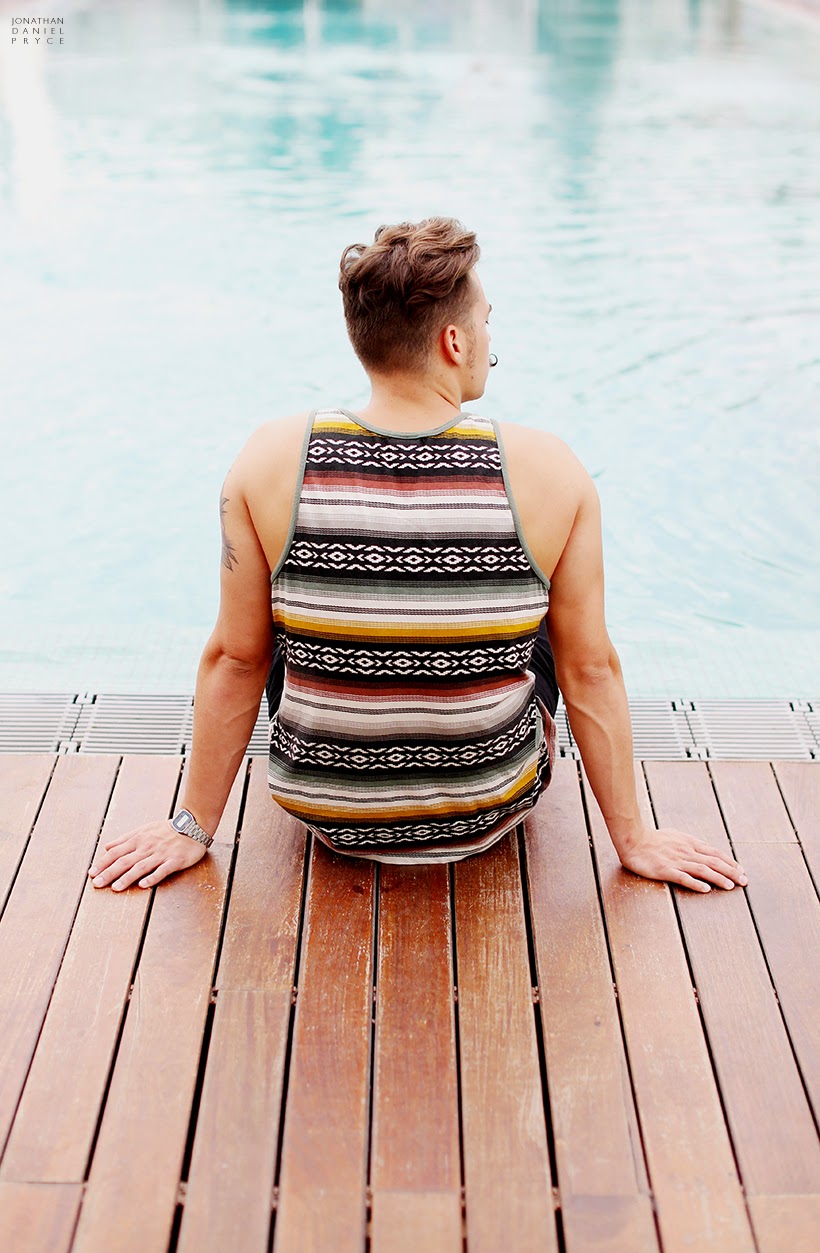 When you were a child, what did you want to be when you grew up? I wanted to be an inventor as I always loved to solve problems and to understand how gadgets work. I also remember the very moment when I said to my grandmother that I wanted to be a car designer. How did you get into motorcycles? I've always been into vehicles, everything from changing parts on the box-car and bicycles I had as child, to longing for a moped that I could finally buy when I was 13. The legal age  for mopeds in Sweden is 15 but I couldn't wait to buy it, even if I wasn't allowed to drive it for 2 years. When driving the moped I always gazed at the bigger bikes. The fact that my aunt and her boyfriend were driving Harleys and brought me on trips helped a lot. My grandfather also pushed my interest since he also was a "maker", a person who fixed things himself and also owed a Harley when he was younger. My grandmother on the other hand never liked it, but that probably had a psychological effect on me wanting to have a motorcycle even more. Read the full interview by clicking below. Do you have an ultimate bike? That's impossible to answer. I had 5 bikes just month ago, now I just have 4. A Triumph Thunderbird '66, Harley Davidson XL1000 Sportster '74, Honda CB500 Four '74 and Yamaha XT650 '92. The Triumph for sure is one of my dream bikes but it needs some love right now. I always wanted a Harley, so I thought that a small, modern bike was a good start so I got the 1000cc Sportster from 74. The CB500 is a low budget Cafe racer build, it just happened by chance as I found it cheaply, and the XT650 was my first bike I got here in Barcelona. It's a good size, fun to drive, cheap and quite common bike here. But the list of bikes I need...yes, need...is too long to write down. Of the bikes I own it would be the Triumph for sure! What do you ride most? I currently ride the Harley because it has all the qualities that an American bike should have. It's everything that a modern bike isn't, it shakes, it makes a lot of noise, you feel the road, it's not very comfortable but it got great presence. It's a joy for all the senses! 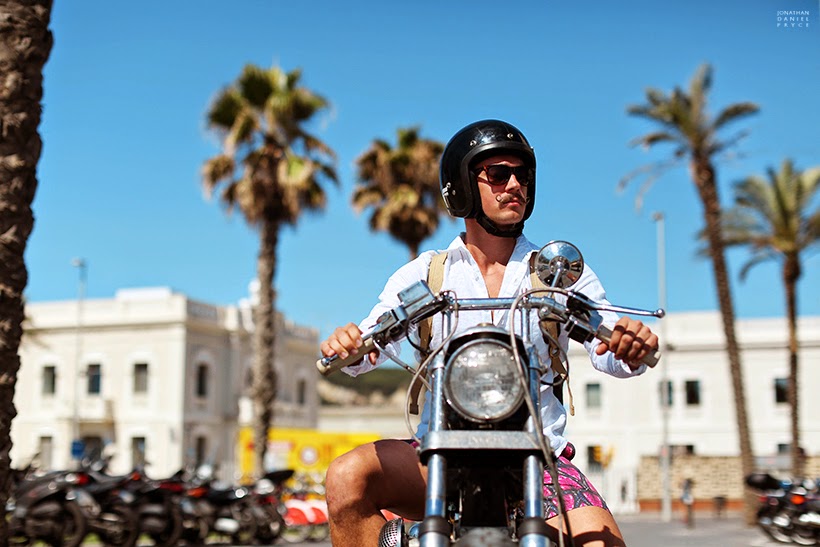 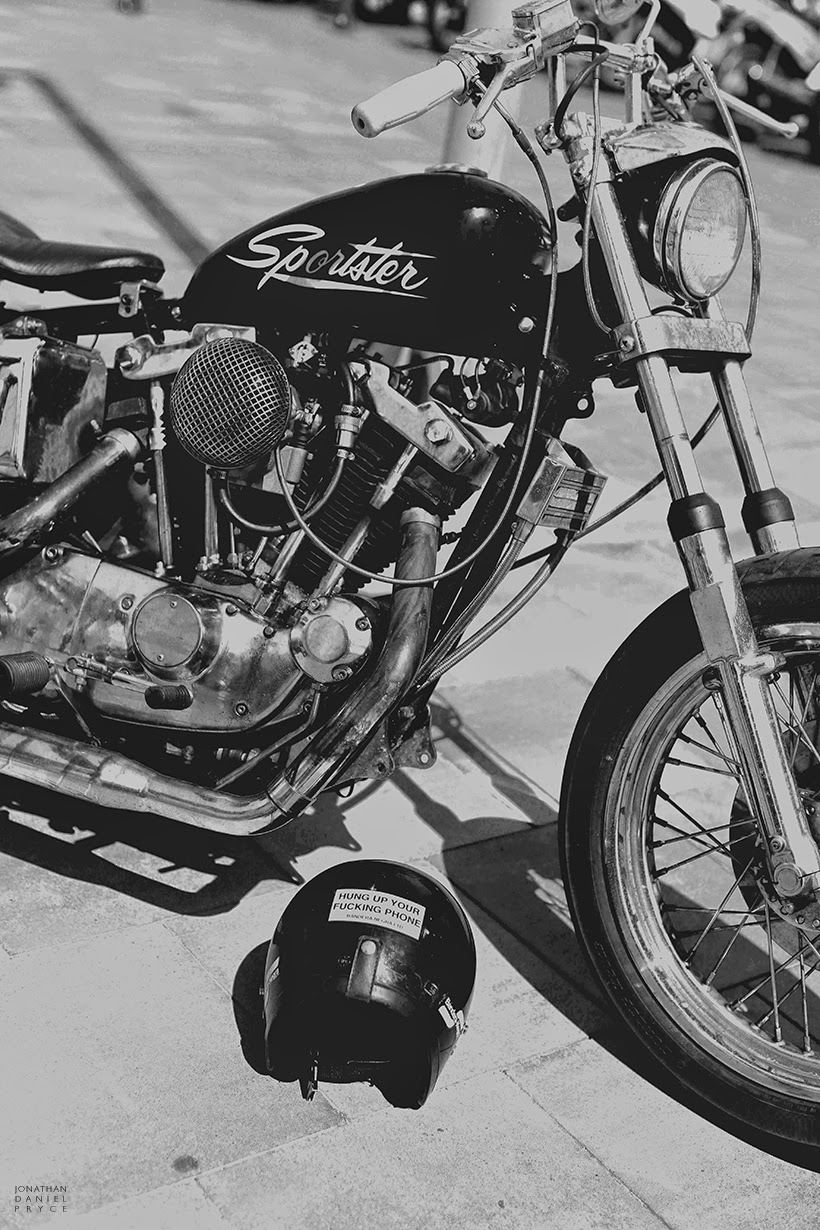 Why the move from Sweden to Spain? I more or less ended up in Barcelona by coincidence. The parents of my ex-girl friend planned a trip to Barcelona to play golf and they all convinced me to follow. I didn't really want to go at first - all I knew about the city is Barcelona had a good football team, I wasn't even sure if Madrid or Barcelona was the main capital of Spain. It turned out that my girlfriend and I broke up long before we got to visit the city but I realized that I still had the ticket. I searched for companies that built motorcycles in Barcelona and asked if I could work for food and a couch to sleep on. In that short notice it wasn't possible but I was asked to come back in the summer instead, which I decided to do. Was there a reason for leaving Sweden? Swedish people are very cold, stiff and think that a good career is the most important. Earning a lot of money to buy things and spend on the few weeks of vacation on the summer. They live for those days, instead of living every hour and day of the year. In the UK, talk of immigration is a hot topic. What is your experience as a Swede in Spain? Spanish people are far more open. I feel very welcome here but most of the time I get the question of how long I'm staying, like all the foreigners are just tourists. And the language is important. To get local friends, you really have to speak Spanish, and some times even Catalan. I've been living here 13 month and one of the best qualities for me is that I've been able to ride a motorcycle all year around. It's been a very easy for me since there are so many Swedish people here. I could manage to live here without a word of Spanish but that's not what I want. The every day standard of living is much higher here. Sure, a lot of "systems" don't work properly, paperwork takes forever, but it's very easy to have a good life here. Everything is very cheap and much more effortless. 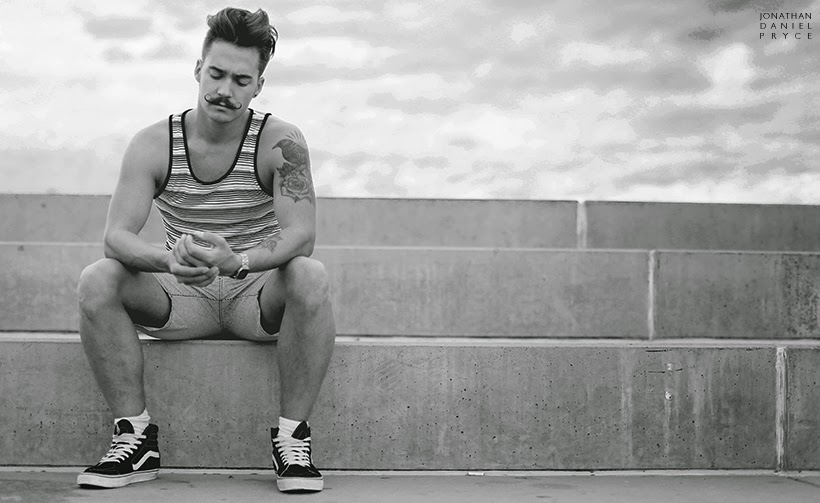 Best place for coffee? I haven't really found any great coffee. The closest to Swedish coffee I can find would be 'Cafe Americano' as I like coffee in big quantities. I still ask my friends that come on a visit to bring the black coffee I used to drink in Sweden, Zoegas Skånerost Scanian roast. Best food in the city? There are a lot of good burger joints but the best is Pim Pam just around the corner in El Born where I live, it's very popular. The far best food I've eaten has been at a friends family restaurant up in the mountains called Cal Frare in Torrelles de Llobregat. No tourists find their way there but it's popular with the locals in Barcelona. It's not fancy looking but they grow their own vegetables, have their own chickens and it's the best food I've eaten in the country! Favourite shop? I don't shop a lot but the second hand market "Flea Market Barcelona" at Carrer del Portal de Santa Maradona is a big favourite! There you can find vintage clothes at the right price. Best place to hang out? I like to hang out at the squares up in Gracia, away from the tourists and a lot of good and cheap beer. London is currently having a renaissance around mens style, is there a scene in Barcelona? The majority don't care at all about style. No matter what age, every guy wears 3/4 cargo shorts in beige/gray with either a loose fit bowling shirt or a t-shirt with a "funny" slogan. The groups that seem to make a conscious style choice here are the punk rockers and skaters. So to look for that style I would recommend MACBA or the skate park Marbella close to the beach. What blogs are you currently reading? There are three I love: Pipeburn, Silodrome and Chop Cult. Who are your style influencers? Most of the clothes I wear are either from Sweden or the collections that we sell at Kiddo Motors. I love Levis Vintage, Red Wing boots and Brixton accessories. I prefer good quality materials and garment that last a long time. Most of my style references are from a timeless biker look. 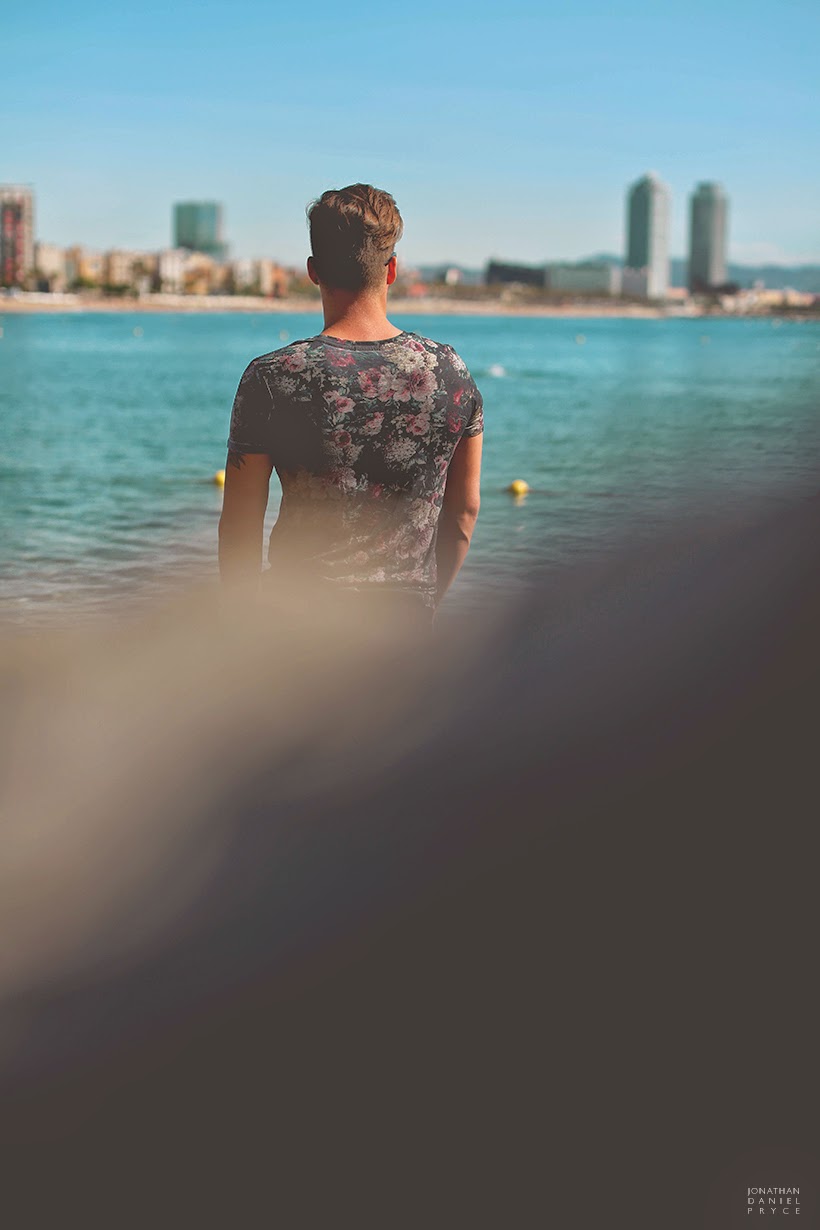 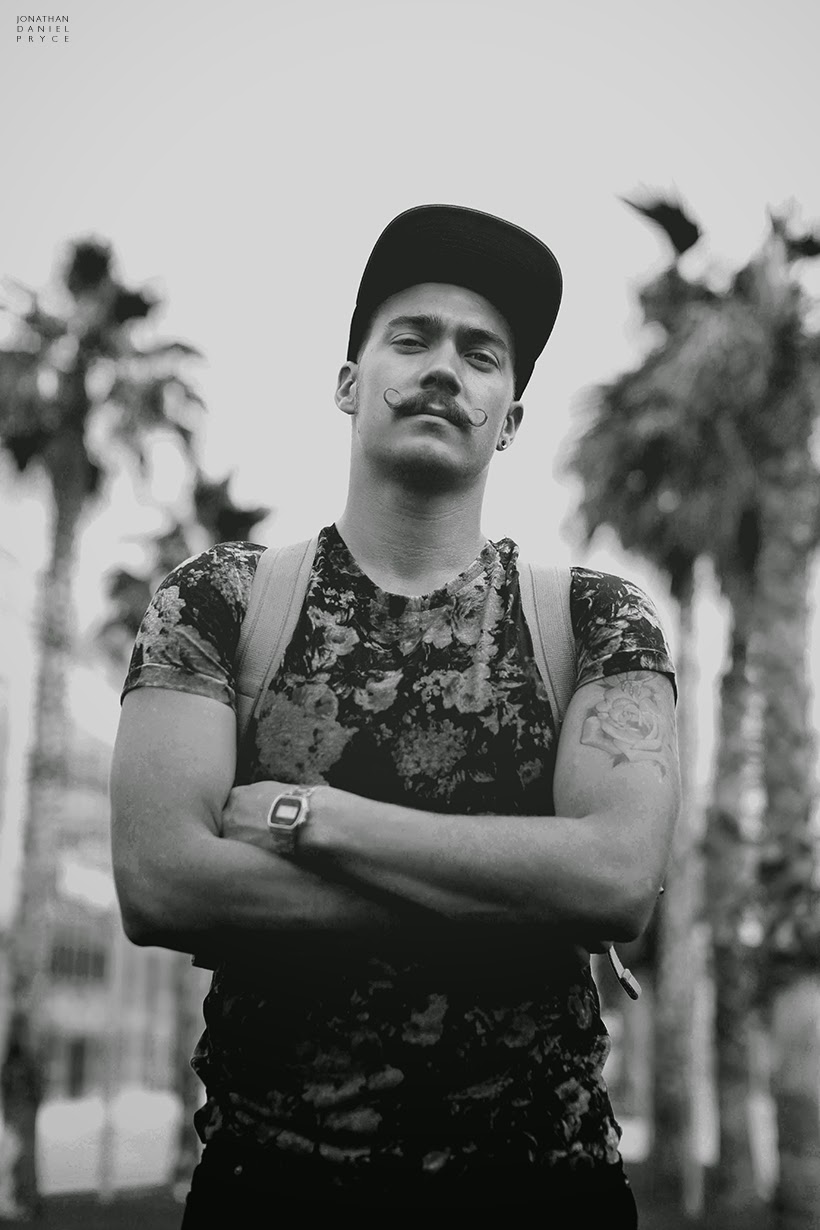