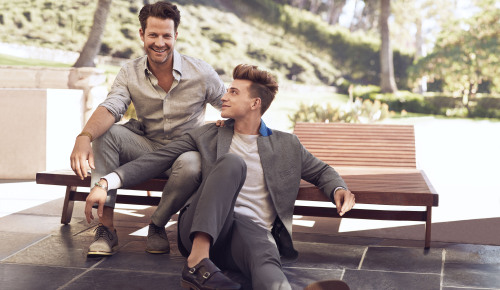 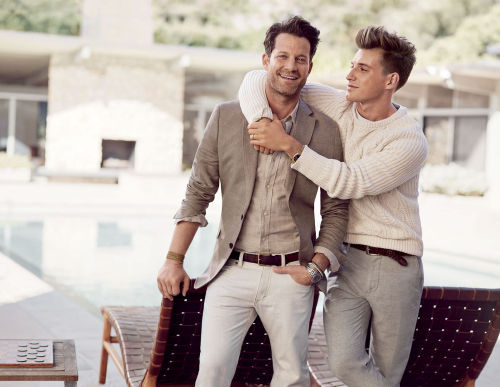 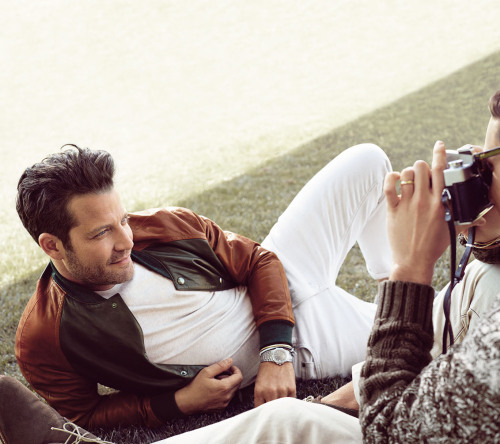 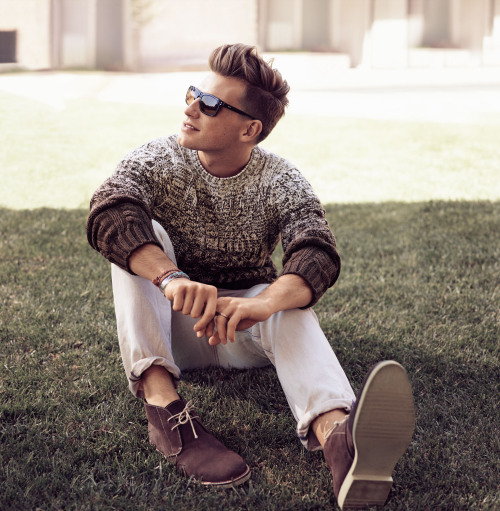 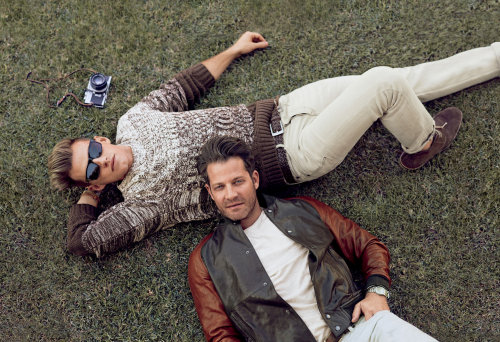 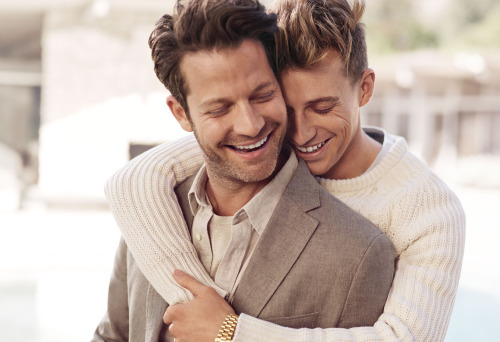 For its latest ad campaign, Banana Republic paired models with their real-life partners to capture “The true outfitters of modern American style.”

Among the couples are interior designers Nate Berkus and fiancé Jeremiah Brent, who in addition to being strikingly handsome in their vintage-inspired bomber jackets and woven knit sweaters, represent the campaign’s LGBT voice.

Though no longer models by trade, these two perfectly coifed men know how to work a camera. Lying casually together in the grass and snuggling cozily by the pool, these boys are madly in love with each other in an infectiously charming way.

Banana Republic is one of many national brands including Barneys, Chevrolet, Ray Bans, and Target who have featured LGBT models in prominent campaigns. However, unlike the other labels, the Banana has yet to receive flack from critics, due in part to its liberal customer base.

Here is the mission statement for the campaign:

"We began as outfitters. On safari. Full of adventure. Who knew that after all these years, we would discover a whole new generation of explorers that needed outfitting in a new way, who would insist on doing not what they should, but what they loved.”

Bravo, Banana Republic. Couldn’t have said it better myself.

Check out other images from the Banana Republic campaign.